Friendly faces make a place what it is—they’re the foundation of our nonprofit. In this section, you’ll learn about who we are as individuals, and about what we stand for. We have a passion for collaborating and for giving back.  Read more about our team below! 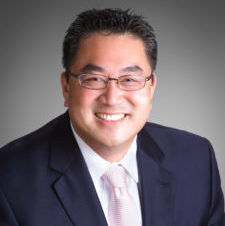 Jonathan Lee is the National Tax and Estate Planning Director for the Financial Education Partnership. FEP is one of the largest and fastest growing nonprofits in the country.

Over the past 20 years, Jonathan has provided training for financial planners, tax advisors, and investment professionals, nationwide. His development of financial software and calculators has revolutionized many advising offices across the country. Jonathan is also the creator of the C.A.R.E. Program that has helped countless families save hundreds of thousands of dollars in taxes, while benefiting their charity of choice and leaving their family with a tax free inheritance. Jonathan is a widely sought out conference speaker on financial management, training, and wealth management strategies. His seminars are in constant demand because of his expertise in finance, trusts, insurance, tax and estate issues.

Besides his non-profit, Jonathan actively supports worldwide mission trips and is responsible for funding hospitals and schools in Southeast Asia and in Africa. Jonathan and his family live in suburban Maryland. 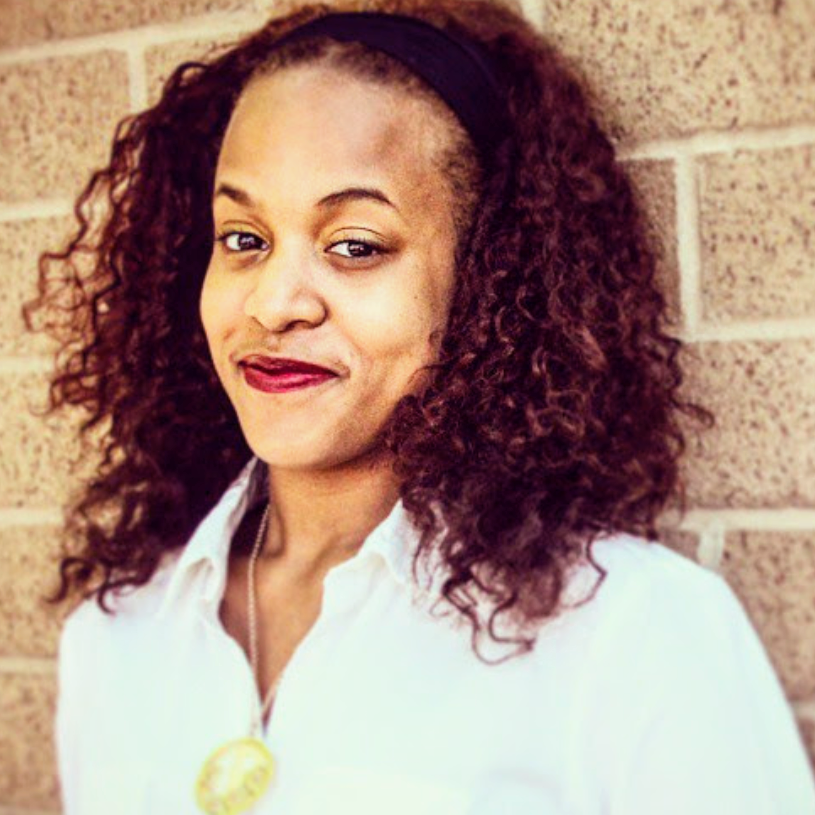 Kiana Edwards is the National Program Director for the Financial Education Partnership.  FEP is one of the largest and fastest growing nonprofits in the country.

She graduated on the Dean’s List from Johnson and Wales University in Charlotte, N.C., with a Bachelor’s degree in Hospitality Management.

Inspired by Oprah, Kiana hosted a radio show to empower and encourage the public to aspire to be the greatest versions of themselves. She worked three years in real estate and then several years as a flight attendant. Being a flight attendant sparked her love of travel and wanting to see the world and all it has to offer.

Everything that she has learned has translated over exceptionally well to everything she does with FEP. Her training coordination, ability to effortlessly balance her staff, and meticulously constructed workflow that pushes them continually forward has elevated the standards of the national office.

Kiana is a distinguished member of her community. She has volunteered and put in many hours to assist in feeding the homeless and finding the best situations for anyone in need of help. Kiana loves to be helpful and charitable to any cause that she can. If she could, she would save the world.

In her free time, Kiana enjoys various artistic activities from interior designing, painting, photography, and wedding planning. Kiana loves to spend time with her two furry pets, Juice the cat and Jack the Cocker Spaniel. Any challenge she faces she conquers fearlessly.(She’s also a 3-time Latin Dance Champ, if anyone wanted to challenge her!) 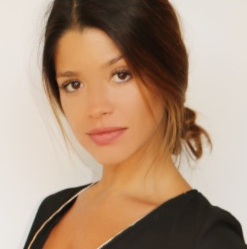 Gabriela Falcon is the National Program Coordinator for the Financial Education Partnership. FEP is one of the largest and fastest growing nonprofits in the country.

She has over 10 years of experience in her executive career track.  From working with a Small Disadvantaged Business to working for one of the most recognized and popular brands in the world, Gabriela is well versed in demonstrated management best practices.  Her willingness to push the envelope in terms of what is possible for a business is what sets her apart.  She is motivated to impact people’s lives by bringing a positive attitude and by being of great service.

Gabriela Falcon was born and raised in the Washington, DC area.  She graduated from George Mason University with a degree in Mass Communications and a minor in Spanish.  She is a Certified Women’s Fitness Specialist and is a proud mother of one beautiful baby girl.

She enjoys James Patterson novels, watching tennis and drinking a nice glass of wine.  In her spare time you can find her in Barre and Pilates classes or practicing yoga. 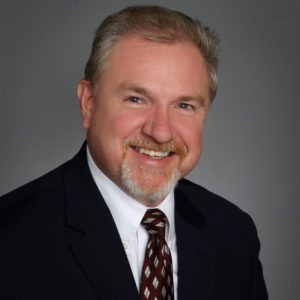 Brannon Lloyd is the National Director of the College Planning Institute for the Financial Education Partnership. FEP is one of the largest and fastest growing nonprofits in the country.

Brannon is a well-known planner and educator, who has literally grown up in the financial arena. Brannon has conducted workshops for corporate employee benefits program including United Airlines, ExxonMobil, Memorial-Hermann, Nasa, and the City of Houston. Brannon is a sought-after media guest and has been featured in such media publications as USA Today, US News and World Report, ABC 13, and Fox News. Brannon attended the University of Houston and is an active member of University of Houston alumni association. He spends his time volunteering for the Houston Livestock Show and Rodeo, The Community of Hope, Feed the Homeless and the Houston Bank.

Brannon is a United States Navy veteran. He  has also spend two years working in Moscow, assisting the rebuilding of the embassy for the State Department. In addition to his native English he speaks Spanish and Russian, and is trying, without much luck, to learn Mandarin Chinese. When he is not helping people learn about finance, he enjoys hunting, fishing and sailing. 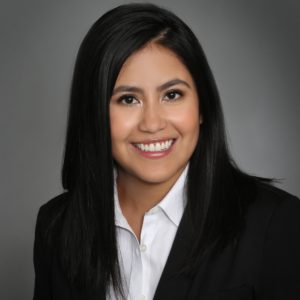 Andrea Robayo is the Assistant Director of the College Planning Institute for the Financial Education Partnership. FEP is one of the largest and fastest growing nonprofits in the country.

Andrea Robayo graduated from the University at Albany and is a member of the U.S Committee for Refugees and Immigrants (USCRI). She is an active member of the Houston Chamber, American Business Women’s Association, and Autism Society.

Andrea was born in Bogota, Colombia and is a native Spanish speaker. She likes to travel with her family, is an avid fitness geek, and loves to try new restaurants. 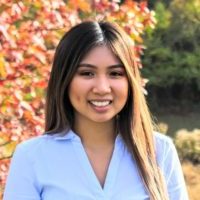 Carroll Kim is a Community Relations Coordinator for the Financial Education Partnership.  FEP is one of the largest and fastest growing nonprofits in the country.

While working at the Partnership, Carroll remains tasked with a myriad of responsibilities making her a crucial part of the team. Carroll not only handles community outreach, but she also supports our Graphic Design team and handles billing, accounts, and payments. She has quickly established herself as a force in the workplace and is destined to achieve many things.

Carroll’s background makes her a perfect fit for the Foundation. While attending Springbrook High School, Carroll began working at Riderwood Retirement Community where she was a key figure within her network. Carroll has always shown a passion for assisting others and striving for greatness in her work.

Carroll is a spectacular mother to her 4-year-old daughter. When she isn’t at home or working, she loves to powerlift and hit the gym as much as she can. She has been consistent for over one year and fitness is one of her passions in life.

When she retires, her goal is to visit every island and beach the world has to offer, starting with the Maldives. 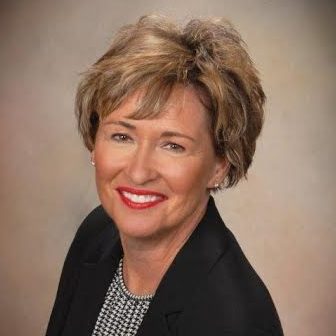 Sharyl Schultz is a Senior Tax Education Advisor with the Financial Education Partnership. FEP is one of the largest and fastest growing nonprofits in the country.

Sharyl is the Owner and President of Ace Tax & Financial and began her career over 30 years ago as a Minnesota licensed life insurance agent and securities representative. Sharyl has spent her entire career focused on the fixed life and annuity industry along with money management. She has had the luxury to work almost every side of the business.

Early on as an advisor, she learned the importance of understanding the individual needs of each client. Part of her career was spent working for a major life insurance company where she experienced the behind the scenes work that goes into manufacturing fixed life and annuity products to fit the needs of the consumer, the agents selling them, and the carrier itself. She moved on to work for one of the leading fixed life and annuity wholesalers in the industry where working with independent agents reinforced the importance of providing many solutions to agents and clients because there is no one solution for every client.

Sharyl is now back to her original passion of working with the consumer because she recognized the direct correlation between educating clients on such subjects as preserving assets and reducing taxes, and creating a guaranteed stream of income in retirement. Sharyl is a fiduciary under the Investor Advisors Act of 1940 and a Minnesota licensed life insurance agent. She received her Chartered Life Underwriters (CLU) designation in 1995 and her Bachelor of Science in Finance in 1983.