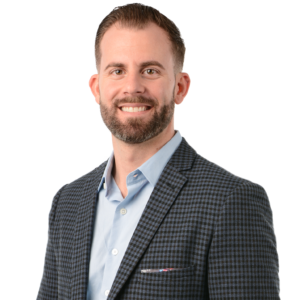 Matthew Schuller is an educator with Financial Education Partnership, one of the largest and fastest growing 501(c)(3) nonprofits in the country.

Originally from Iowa, Matthew learned how to treat others and his hard work ethic from his parents who he watched start and build a successful business from scratch. Matthew attended in-state college on a soccer scholarship. He later moved from Iowa to Kansas City where he still resides with his wife Ali and two boys: Hudson and Beckett.

In his time outside of work Matthew enjoys the Florida beaches and spending time with his family.  He channels his energy, discipline and competitive spirit running in fundraisers, coaching his kid’s athletics, and doing remodeling projects.