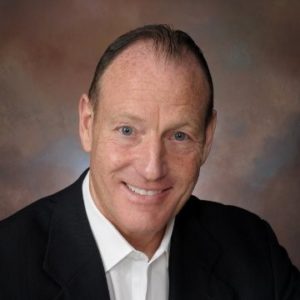 Gerard (Gerry) Dougherty is an educator with the Financial Education Partnership (FEP), one of the largest and fastest growing financial education 501(c)(3) nonprofits in the country.

Gerry grew-up in Worcester, MA, in a middle-income family with 6 children.  He attended local, public schools.  He graduated from the University of Massachusetts at Amherst with a BA in Economics in 1981.  He holds a certificate program designation in Financial Management and Leadership, presented jointly in 2004 by The American College and Pennsylvania State University.  He is a 1982 graduate of the Massachusetts State Police Academy, 75th MPOC, and served as a Massachusetts Police Officer for 5 years.

In January of 1986, Gerry began a career in the financial service industry.  He started as a representative, building and servicing a clientele.  His achievements were recognized and he was promoted into various management positions within large financial service organizations.  In 1994, Gerry entered the ranks of Executive Management, where he remained for 20 years.  In that time he garnered a unique understanding of the financial service industry’s inner workings, how products and customers are sometimes misaligned, where industry revenue objectives can conflict with consumer interests.You have spent a lifetime accumulating assets, whether you have saved a lot or a little, Gerry can help.