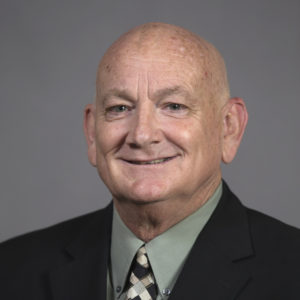 Bill Burns is an Educator with Financial Education Partnership, one of the largest and fastest growing 501(c)(3) nonprofits in the country.

Bill has been helping seniors, retirees and soon-to-be retirees create, implement and enjoy their financial plans for the past 30 years.  Over the course of his career he has had the honor of working with three different generations of some of our clients’ families: from the grandparents, to their children, to the children’s children.

Bill earned a Bachelor’s of Science in 1977 and a Master’s of Science in Administration in 1978, both from Troy University, while simultaneously serving a six year tour in the United States Air Force.  Bill is a licensed insurance agent, a Series 7 Stock Broker, and a Series 66 Investment Advisor Representative.

Bill has lived on the Emerald Coast for the past 40+ years during which time he has served several local civic organizations including officer positions in the Northwest Florida Planned Giving Council and the Florida Association of Life Underwriters, past Secretary and past President of the Boy’s and Girl’s Club of Okaloosa County, past Vice-President of Region 1 Jaycees, and a member of the All-Sports Association of Northwest Florida.  Bill has also been a member of the Fort Walton Beach Chamber of Commerce for over 25 years.

Bill has been married to his wife, Julia, for over 20 years and together they have three beautiful and talented daughters: Virginia, McKenzie, and Julianna; and a newborn granddaughter – Ellie Luna.  In his spare time, Bill enjoys working on projects in his garage, fishing, and spending time with family.