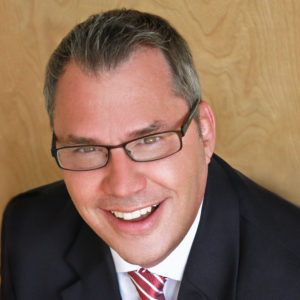 Niles P. Geary, II is an Educator with Financial Education Partnership, one of the largest and fastest growing 501(c) (3) nonprofits in the country.

Born in Washington, D.C. Niles has always had a strong desire to guide others.  After earning his undergraduate degree, Niles spent 20 years in the healthcare industry where he climbed to the top of the corporate ladder. Along the way he experienced several company mergers and buy outs that left Niles in a very stressful financial situation and was the basis for his decision to change how he managed his money. That decision changed the course of his life and provided him with the ability to choose the direction of his life as opposed to having it dictated by a depleting bank account. It was during this time he learned the incredible value of developing an effective  plan as the basis for decision making as well as being prepared for the storms of life. His education and the skills associated with it would prove very valuable later in his career.

As the CFO for a regional health insurance company, he came to understand the impact of ripple effects and the ability to recognize red flags.  Shortly after earning his MBA, he experienced yet another company merger that left him jobless and searching for his next endeavor. During his corporate days, his financial advice was often sought out by those around him. It was during this time he realized how valuable his financial education could be to others and in 2008 he pursued a career change by entering the world of investments. Then in 2012 he realized the best way help clients achieve their financial priorities was by breaking away from the corporate arena and building his own firm. He did just that and became the co-founder of a Financial Planning and Investment Firm in Tennessee.

Seeing the difficulties family members and others experienced with money issues and health expenses later in life created a passion to provide education and guidance to others on how to prepare for the next chapter of their financial life. With proper planning, a family’s financial voyage can be a far smoother experience.

Niles family, his wife Brooke and faith are his top priorities in life. He and his wife love to travel to the many beaches the world has to offer. The ultimate beach trip will be to Bora Bora sometime in the next few years.